Do you want RSI and busted joysticks? This is the game for you. 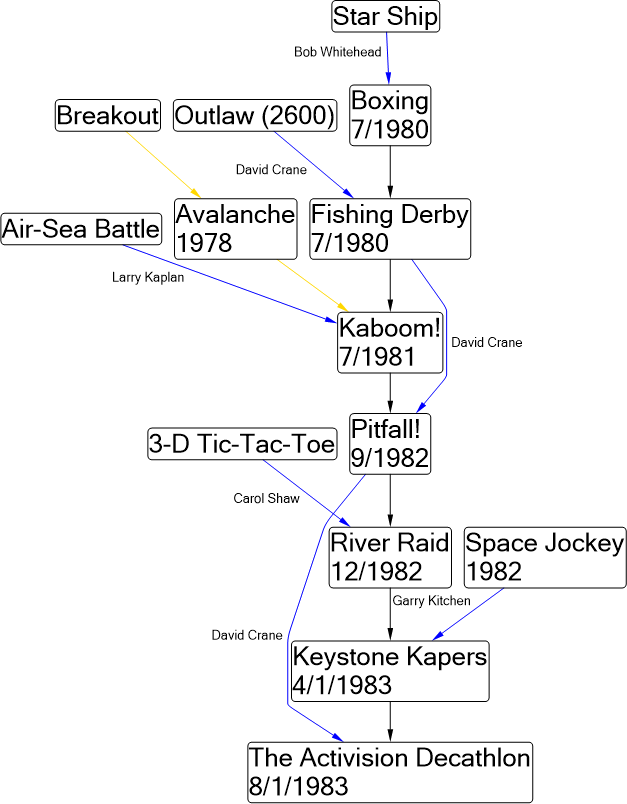 Activision's rockstar developer David Crane, who developed three of their six million-selling Atari 2600 games and contributed to a fourth, wanted to simulate the physical exhaustion of the most intense competition in athletics, or at least as well as what was possible with a joystick. This wasn't the first time anyone at Activision had the idea; Bob Whitehead's Boxing deliberately intended to cause fatigue with the stiff CX-40 joysticks, causing players to tire and slow down partway into the match. Crane went a step further and made fatigue the whole point.

Normally, I'd be happy to play Atari 2600 games with a keyboard or gamepad, but for this one, it would be missing the point, so I used the closest thing I have; my arcade control panel with Happ Super joysticks. All of the events involve pushing the stick left and right repeatedly, and it takes about a pound of force to engage.

I spent a little bit over half an hour in total playing this game. First I played a single 10-event round to get a feel for each one, and then I practiced the pole vault mode separately, as I struggled with its timing. Finally, I played and recorded a full decathlon, done solo. Decathlon does support up to four players, but it's just alternating play. Later ports to better platforms would support two-player simultaneous racing during the track events.

This was my experience during each event:

Apart from the arm-breaking 400m dash and the hurdles follow-up, I scored no fewer than 500 points in any event, which is hardly all that impressive, and my final score was a mediocre 6136 - well short of the 7,000 needed to be recognized as a serious decathlete. But I had no desire whatsoever to try to improve on this, ever.

GAB rating: Bad. Sorry Dave, but while waggling a joystick back and forth for thirteen minutes might make my arm sore, it doesn't make for engaging gameplay. All six of the field events boil down to waggling the joystick as fast as you can and hitting a button at the right time. And two of the track events are that without the button press. The detailed sprite animation, good for the Atari 2600, accomplishes the neat trick of multiple colors per scanline, but by 1983 there were plenty of systems that could manage that easily and do it better, and the phrase "good for the Atari 2600" gets less meaningful every few months from here on.