The maps of Wizardry II

These maps are based on ones originally created by Andriy Sen, provided by John Hubbard, and re-used with permission.
https://www.tk421.net/wizardry/wiz2maps.shtml

Red rooms potentially hold treasure. I went into the details of how this works in my corresponding page for the first game:
https://datadrivengamer.blogspot.com/2019/08/the-maps-of-wizardry.html 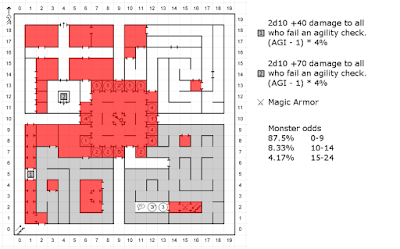 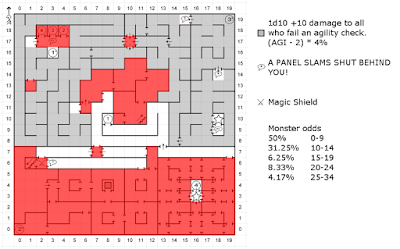 If you try to cast Malor into level 2, you'll bounce back and lose your spell point! But you can cast Malor from level 2 just fine, as long as your destination is somewhere else. 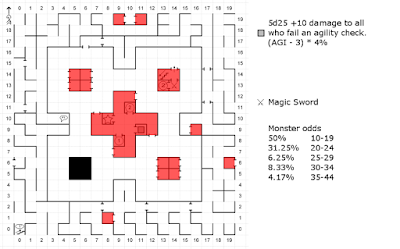 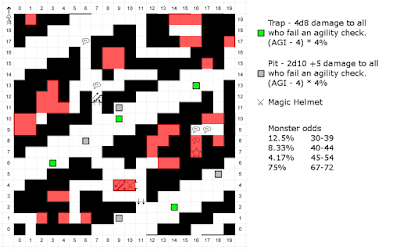 Monster types 67-72 are bats, snakes, and slimes, and tend to be easier encounters despite the higher ID numbers.

The "trap" tiles are treated as a different terrain type than pits but in practice work the same way, except that the message produced is "OUCH!" rather than "A PIT!" 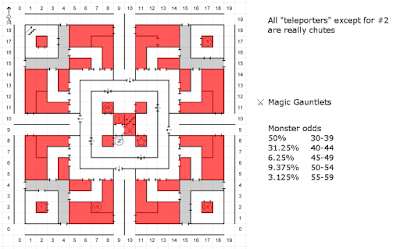 Weirdly, the extracted level data here suggests that the entire outer circumference should be darkened, but in practice it isn't. 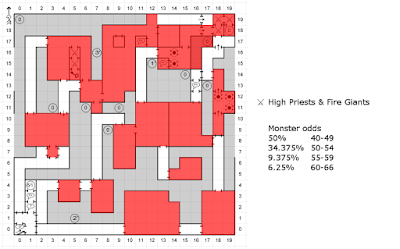 As with level 2, Maloring to or within this level is not allowed, but Maloring from it to another floor works.

The three tiles surrounding the stairs are internally marked as dark, but again, for some reason, aren't dark.
Email ThisBlogThis!Share to TwitterShare to FacebookShare to Pinterest
Labels: Sir-Tech