The maps of Wizardry

These maps are based on ones originally created by Andriy Sen, provided by John Hubbard, and re-used with permission.
https://www.tk421.net/wizardry/wiz1maps.shtml

One of the invisible mechanics of Wizardry’s maps, which I haven’t seen marked on any other maps out there on the Internet, is that every tile is either considered to be part of a "room" or of a "corridor," determined by the value of a boolean flag. Everything not part of a room is a corridor. I’ve highlighted these rooms in red, based on data extracted directly from the disk images. Any contiguous region of flagged tiles undivided by walls or doors is considered to be a single room.


When you enter a level, nine of these rooms (or all of them if there are fewer than nine) are randomly seeded with treasure chests. Due to the way the chest-spawning algorithm works (pick a random cell, if it is not in an unseeded room, then scan left-to-right and bottom-to-top until you find one that is), it favors large rooms, and rooms in or near the lower-left corners of red clusters. When you enter a room containing a treasure chest, you are guaranteed an encounter, and will be rewarded with a treasure chest for winning.

These maps also list the monster spawn rates. The monster spawning logic is needlessly complicated, and in some maps is even buggy, but I’ve broken down the logic into the approximate odds for each set of monsters, which are expressed by their monster ID. This represents the monster that will initially be selected for rank #1. Subsequent ranks are deterministic; e.g. Bubbly Slimes in rank #1 will always be accompanied by Orcs (or nothing) in rank #2. Lists of monsters by their ID will be in my next post.

As with other aspects of this breakdown, this only applies to the Apple II original, or rather to my copy of it. Later ports may have fixed bugs or otherwise changed things. 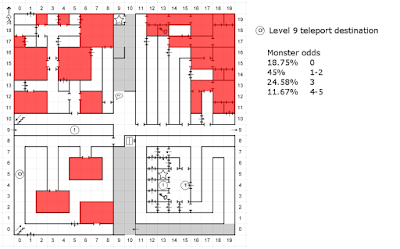 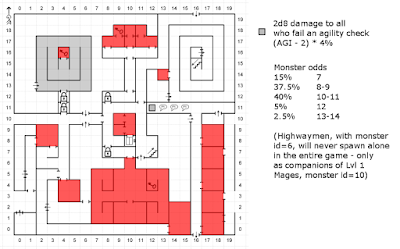 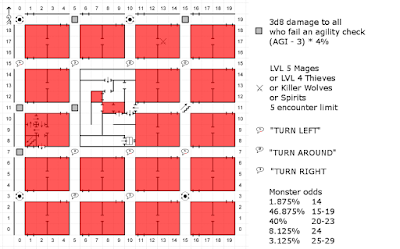 The fixed encounter spot goes away once you have won there five times, and will revert to a standard room. It will never come back, not even for new parties. 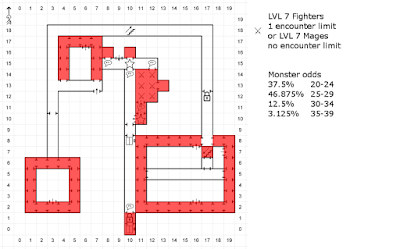 The LVL 7 Fighters and their companions can ONLY be fought on this level, and can only be fought once, ever! If any party has ever won this fixed fight, then the encounter in this room will be missing the fighters, and will not drop the Deadly Ring when defeated. 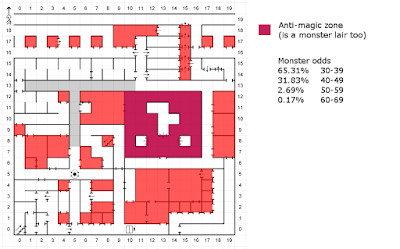 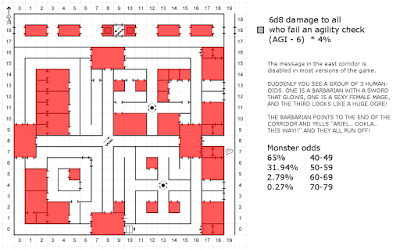 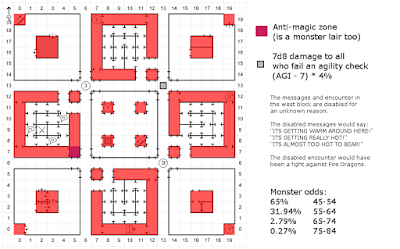 The game only checks for fixed encounters in rooms. Since the Fire Dragons are in a corridor, you will never get to fight them. 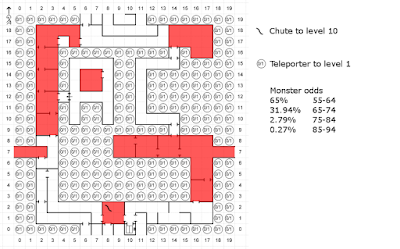 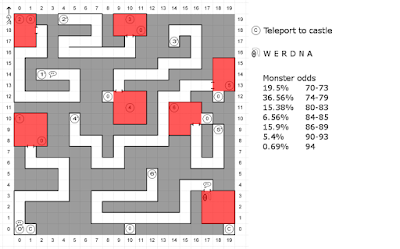