I’ve found it profitable to make my dungeon runs go directly to level 20 by means of Excelsior Transporter, if only for a short while. The rewards are the highest there, and the risk fairly low as long as I stuck close to the transporter and retreated when needed. 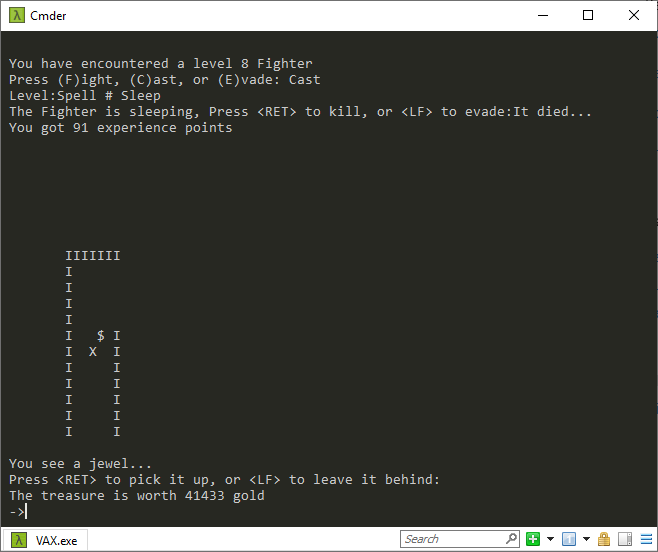 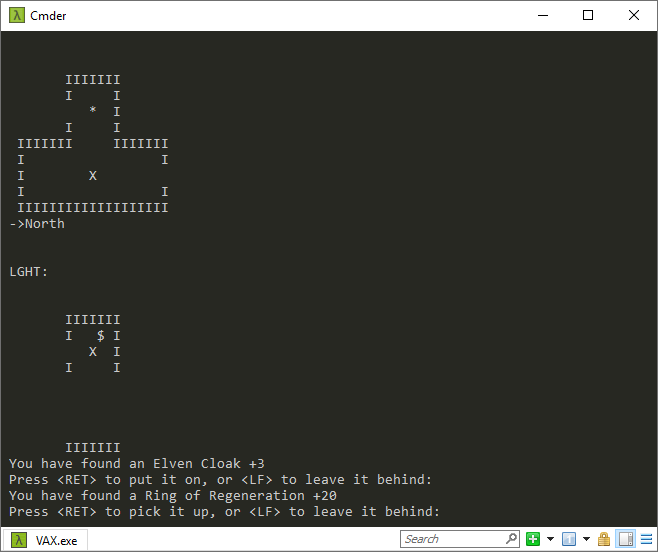 The gold cost wasn’t really an issue either. I could usually find the 5,250 gold on level 1 on my way to the transporter, and when I couldn't, I'd take it as deep down as I could, explore a bit, and the first pile of silver usually had enough to take me the rest of the way.

The level four spell “Power word kill” can kill nearly anything. It doesn’t seem to care how high the monster’s level is, and it works on undead. Dopplegangers resist it about half the time, but I could usually evade them, and the spell worked every single time that I used it on anyone else. Sleep works quite well as long as an enemy isn’t higher leveled than me, and Phantasmal Forces works just as well on the undead. So my runs involved getting to level 20, wandering around close to the transporter in search of treasure, using Sleep, Phantasmal Forces, or Power word kill on my enemies, and retreating to the transporter when my level four spells ran out. I gained levels and gear pretty fast this way, each level up gradually increasing the amount of time I can stay on level 20.

By chance, I stumbled onto the orb this way. I did get teleported, found myself on an unfamiliar level, and wandered toward the lower-left corner, where there were three dragon’s lairs in a row (with dragons who all fell easily to my magic), and the dragon in the final lair was holding the orb. 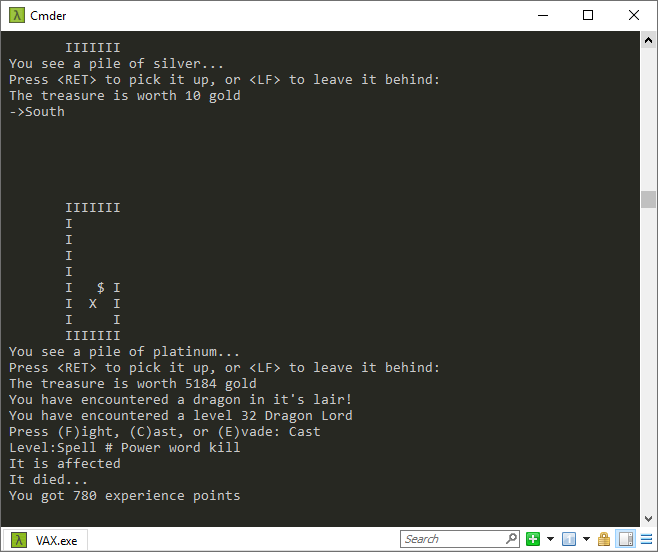 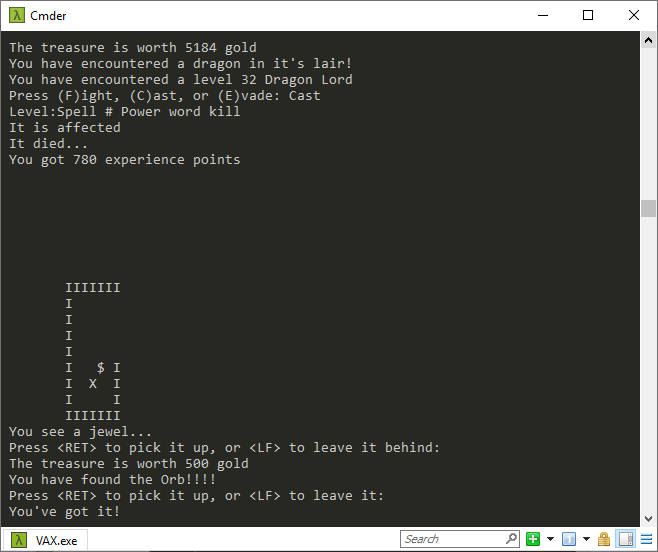 My life didn’t last long after that. I was low on spells, had no idea what floor I was on, and the Orb seemed to attract tough monsters with nearly every step. 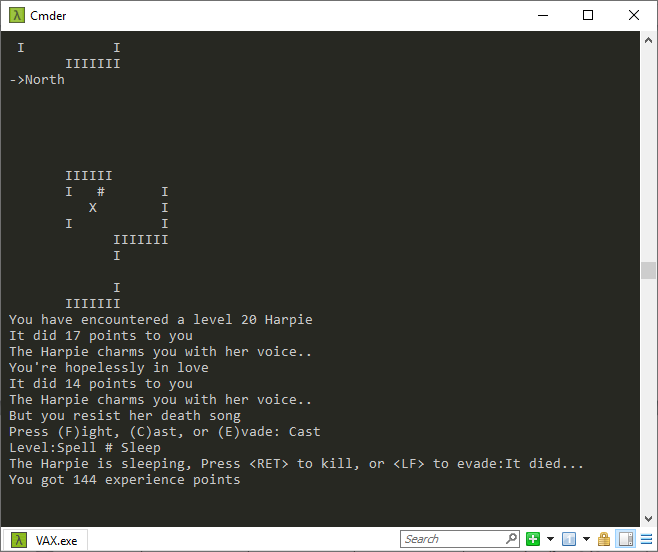 The Sleep spell was enough to deal with fairly strong monsters at this point. Nevertheless, there were also some real toughies that made me pull out Power word kill. I soon ran out of level four spell points and then encountered a balrog, who tore me to pieces as I fruitlessly tried to fireball him to death. 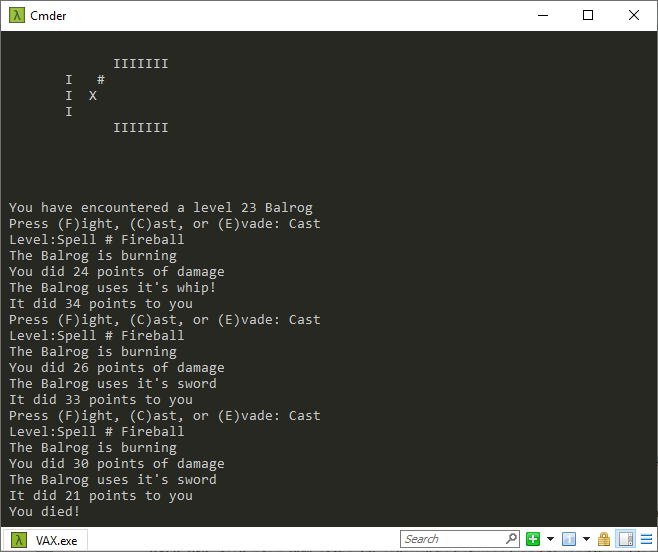 Still, I had a backup save, and I knew the Orb was in the lower-left corner of a deep level that wasn’t on level 20. So I restored, Excelsior’d to level 19, and explored in the lower-left direction. Along the way I found another throne, and decided to try repeatedly prying the jewels off. 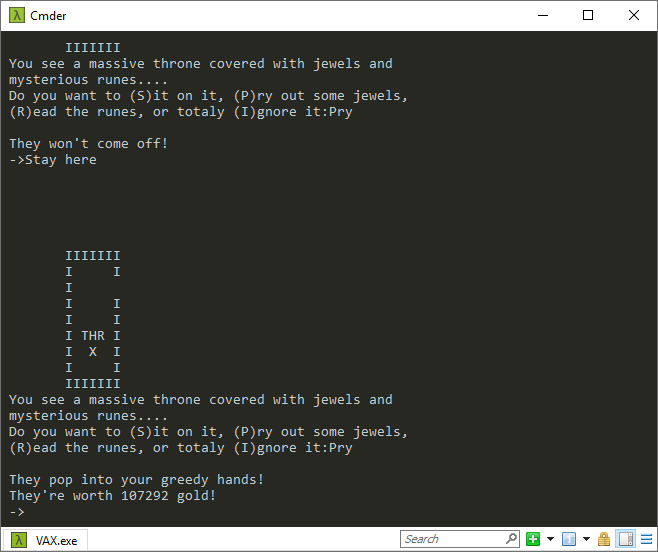 Not bad! But you can’t get gear this way, which seemed more valuable than gold at this point. After character level 10, you need millions to level up. But a better dagger, armor, or elven cloak always provides a tangible benefit to survival.

Also, the throne occasionally spawns a tough dwarven king, who tends to be stingy with loot. 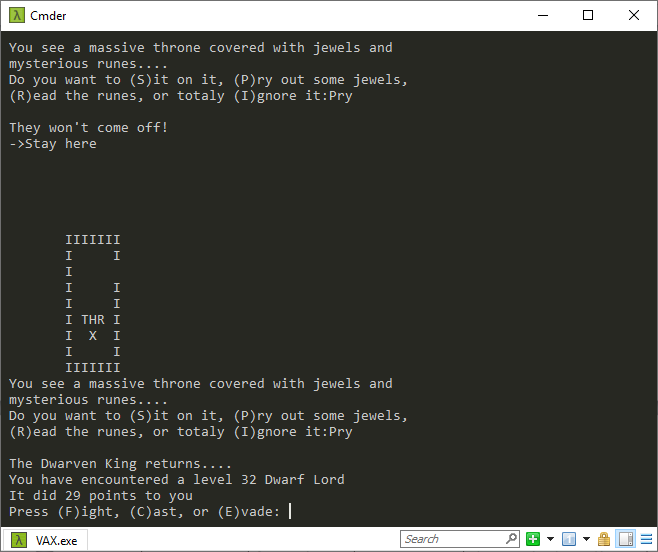 Further south via passwall was the dragons’ lairs and orb, which I snatched again, and returned to the Excelsior Transport for a nasty surprise. 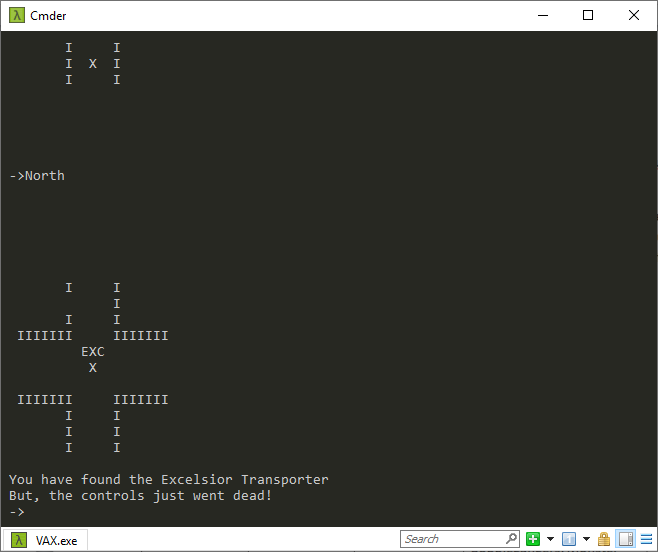 So it looks like I’m not ready to beat the game after all. I’m going to have to map out enough of levels 1-19 to have a path back home using stairs, and be strong enough to survive all the monster attacks along the way. I probably won’t have much more to say until this is done.
Email ThisBlogThis!Share to TwitterShare to FacebookShare to Pinterest