Sierra’s last adventure of 1980 is also by far the shortest and easiest. Intended as an introduction to the genre for younger players, it can be beaten in five minutes, even with the very slow screen transitions. It took me barely an hour to finish, including making a full map and taking screenshots and notes, and multiple restarts as it turns out the game has a very strict time limit which affords little allowance for screwing around.

The manual tells us that a minor planet from the asteroid belt jumped its orbit and is headed on a collision course for earth, and as an astronaut, I am assigned the mission of flying to the rogue planetoid and blowing it up before it annihilates all life on earth.

It also laughably asserts that this game will provide “weeks” of adventure.

It all begins outside a building. 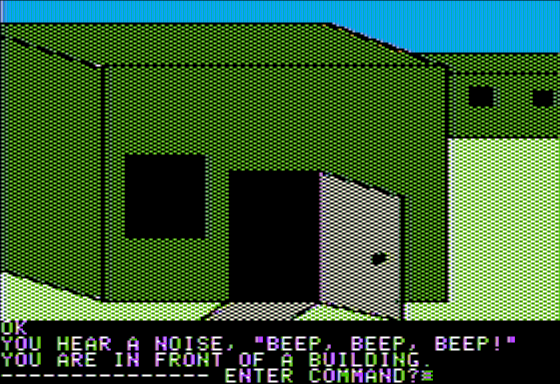 That beeping was my watch, which had a switch I could press to receive a message from mission control, to report to the briefing room immediately. 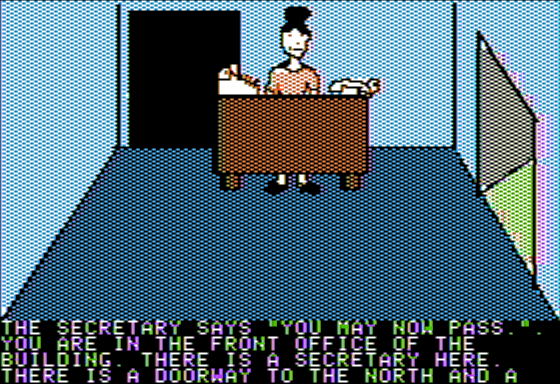 In the building, past the secretary was a junction, which I followed to the east at first, leading to a computer room.

I couldn’t use the computer yet, not without the general’s authorization.

More rooms included a supply room stocked with explosives, a gym which let me work out, and a shower room which let me take a shower.

The very end of the junction led to a rocket ship! 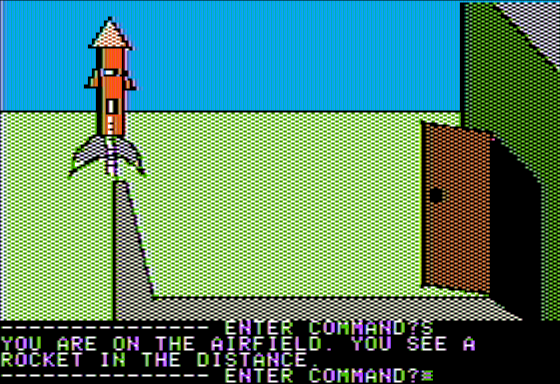 Guarded by nobody except a lanky doctor, I could get in and launch all by myself, but then the game ended, telling me I’d be lost in space without a flight plan.

Restarting, I headed east from the junction instead, leading to the briefing room.


Sure, of course we can leave earth’s orbit and intercept a planetoid in a little under seven hours.

Directly adjacent to this top secret briefing room is a press room, which the air force thought was a good idea for some reason. You can end the game by talking to them.

With the general’s authorization, you can use the computer to obtain a flight plan.
Sure, that's a good flight plan, because space is two dimensional, inertia isn’t a thing, the asteroid itself won’t be moving, and reaching the asteroid belt from earth orbit in 50 minutes is a completely reasonable expectation, right?

On my way to the ship, the air force doctor stopped me. 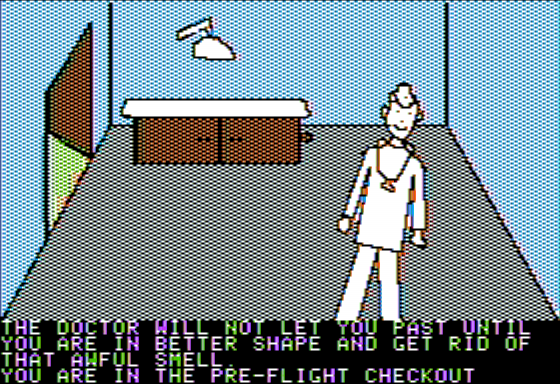 So I hit the gym and showers, and the rest was no problem, and I launched myself into space. 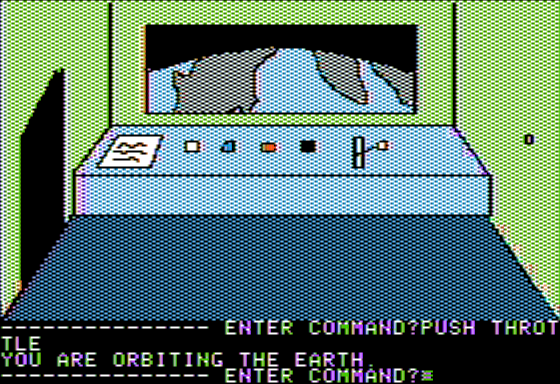 The flight plan is a bit convoluted, and time was short, so what if I simplified things? Could I just go left for ten minutes and up for ten minutes?

Disembarking in my space suit, after setting the oxygen dial, I stepped out onto the barren asteroid surface. 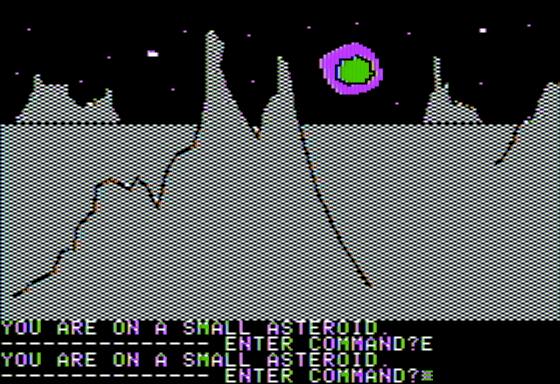 Soon, I found a cave. 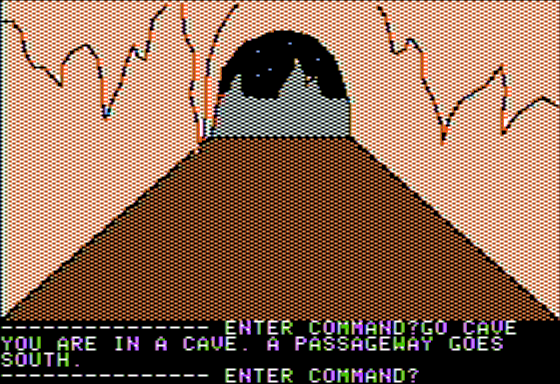 And deeper in the cave was a deep pit. 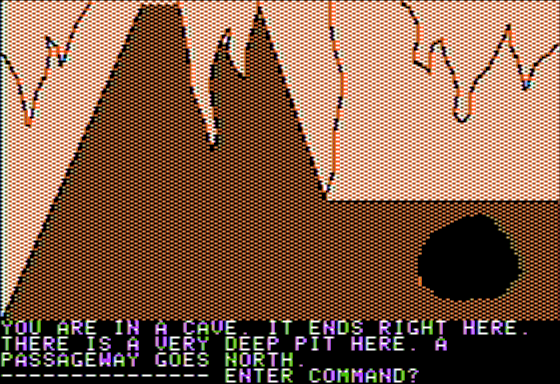 Here, I found, you must be very precise in the wording. The VERB-NOUN parser is badly suited to express what we’re trying to do here, to set the bomb’s timer to a number of minutes, and then to place the bomb inside the hole.

Unfortunately I had wasted too much time, and didn’t have a chance to get back to earth on time, so I had to restart again. Retreading my steps quickly, I set the timer, planted the bomb, skedaddled back to the rocket, and flew back to earth. 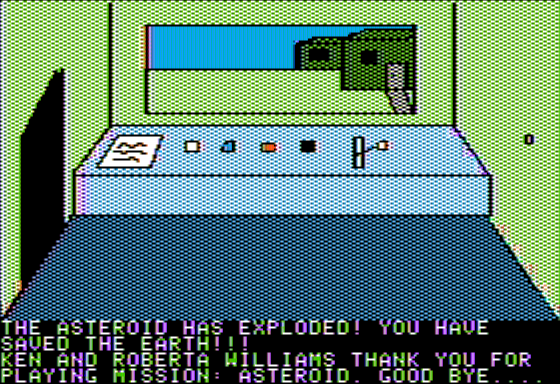 Once again, this isn’t a particularly great game. It’s very short, and there’s not much in it to do except follow directions. The time limit is too strict to allow for experimenting, wandering, or really doing anything except enter in the exact sequence of commands necessary to win the game. The parser is as frustrating as ever, often refusing to accept commands that seem like they should work.

And for such a short game, where it would seem reasonable to expect more polish, both for its brevity and the need to be beginner friendly, it's probably the most unpolished of the three High-Res Adventures. For instance, misusing the rocket ship controls will get you stranded in space, even if you’re not actually in space.

Still, there’s still a sense of wonder and thrill as you leave the familiar setting of earth, and explore the strange new asteroid environment, aided much by the use of color graphics. Drifting in space for the first time is tense, as even with directions, there’s no indication whether you’re doing things right nor not, and one wrong move could get you lost in the void forever. The barren asteroid and its view into space isn’t particularly well drawn, but is atmospheric with the grey landscape and blue earth in the horizon, conveying the sense that you are far from home.