As I expected, SunDog's gameplay hadn't evolved at all since the last session. The only meaningful ship upgrades in the game can all be found on one planet. Once you have them all, and have located the Banville colony on Jondd, and have a good amount of money, the gameplay loop goes like this:

There are 50 cities spread over 18 planets, and the cryogens are the only reason you must visit them all. Once they've all been located and transported back to Jondd, which I accomplished partway through  Banville's fifth phase out of nine, you can remove them from the equation and just fetch Banville's ever-changing cargo from any planet known to sell it. Thankfully, I took notes during my initial tour, and found that the various cities on planet Shoot, first planet of the Shoot system, sells most goods and at relatively low prices, though you may need to exit and re-enter the exchange repeatedly until the one you need shows up.

It's still quite monotonous, boring, and repetitive, especially given your hold's limit of two items. All but the final two phases will take at least two trips to carry everything back, plus the cryogens themselves who also take up an item slot each. The monotony is broken up only by the need to stay in the black, as continually buying cargo, fuel, and most of all replacement ship parts (especially black market ones) drains your funds. There are multiple means of doing this, but none seemed more efficient than just playing with Jondd's local exchanges, where pirates were a non-issue and goods could sometimes be sold right back to the same city for more money than I paid. My ground scanner even meant I could fly from city to city instead of needing to travel by land once I burst the local bubble and had to move on.

The final phase needed spices, chronographs, and four cryogens, the latter of which I had stashed in Drahew and just had to tote across the planet two at a time. Spices and chronographs could both be found on Shoot, and aren't rare or expensive. One final trip through pirate space, and the game ended.

We never did find out the real reason for Zed's uncle's disappearance, or uncover any truths about the "Society of the New Faith" or discover its purpose.

GAB rating: Below average. SunDog is ambitious, and I admire it for that. The promise of being able to freely zip around the galaxy, smuggle and barter goods, battle pirates, explore alien cities, get into scrapes all sounds good on paper. The ZoomAction interface is innovative, if nothing else, offering modal views that seamlessly zoom from galactic scope at the top, down to solar systems, planets, continents, cities, and all the way down to the contents of a hardware store's shelf or a closeup on your ship's burnt-out control panel after a particularly fierce battle.

But like so many ambitious open world games, SunDog spreads itself thin, and no aspect holds much substance. Only space combat and trading offer anything approaching depth, not that they have much of it, mind you, and both are flawed in execution and actively discourage using an orthodox approach. Everything else is window dressing at best, and momentum-killing busywork at worst. I don't think I got into street fights even once, and I still have no idea what your strength and IQ stats do. I certainly didn't bother using drugs. And there's just no reason for the game to go on for nearly as long as it does, especially considering how long it takes to do basically anything.

I do think that many of SunDog's problems would be significantly alleviated if your ship could simply hold more cargo and fuel. The potential to load up with extra fuel would mean more combat tactics become viable, being able to hold a variety of cargo types for price checking could make interstellar trade a worthwhile enterprise instead of a pirate-baiting waste of time, and holding more cargo means fewer trips spent fetching it and cryogens to finish the colony.

What it really needs, though, if not a shorter playtime, is more options for upgrading your ship and its abilities. A game this long should reward your efforts with an RPG-like power curve, to make you feel stronger and more capable as you progress through the game, and the four black market components that you could buy right at the start of the game if you know where to go aren't nearly enough. I understand the Atari ST version fares a bit better in this regard, offering more equipment and more ship upgrades, as well as the mouse compatibility that the Apple II version sorely needed (or just a better-designed interface for a joystick, preferably a joystick/keyboard combo).

Designer Bruce Webster envisioned SunDog: Frozen Legacy as the first in a trilogy, but never got around to the sequel, abandoning FTL Games shortly after submitting a "version 2.0" with bug fixes and unspecified new features. Two years later, FTL Games would release "version 3.0" for the Atari ST without his involvement, rewriting everything in Pascal, followed by Dungeon Master the next year.

Update: I briefly played "version 2.0." Some observations on what changed:

Combat, sadly, doesn't seem to be made any more reasonable. 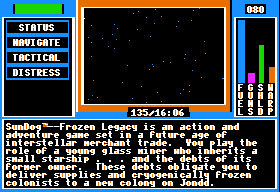 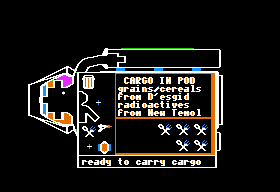 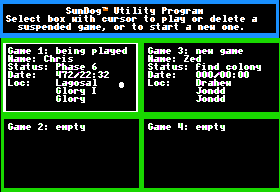 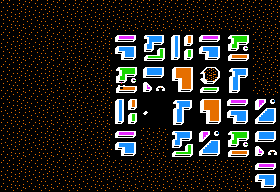 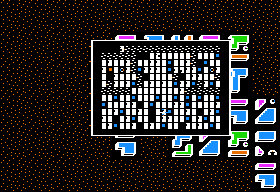 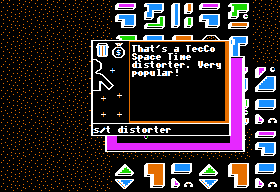 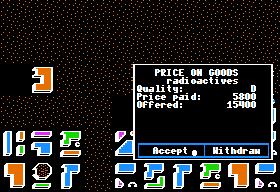